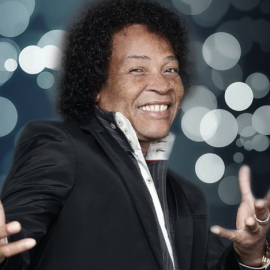 All of us remember year 1979 that presented us many famous music projects. It was then, when an German-English music band “Boney M» was at the very rise of their glory, that the two French producers Daniel Vangarde and Jean Kluger decided to organize an amazing performance of the artists at a really high level and outshine all the other popular bands.

That is how Ottawan was created, with its first members being Jean-Batiste Patrick and Annette, a fantastic dancer and a talented singer.

This exotic duo with its unbelievable vocal parts realized their potential thanks to many concerts of these artists. You may ask us, where did the name “Ottawan” come from? You are right, because it is assonant with the name of the Canadian capital.

Here in Ottawa they released their first album. Young performers were caught by the local flavour of another continent. It inspired them to create the first successful hit of the music band Ottawan called “D.I.S.C.O.”

Success of the music band Ottawan

Daniel and Jean supported the name of this music band completely and their first single was released under the name Ottawan and got to the top in all European music charts.

There is no point in pretending otherwise: a song “D.I.S.C.O.” is still “a leader” in the top charts of the 80s on many popular broadcasting stations and no one could beat their record up until now.

To want to reiterate their debut the music band Ottawan released the second hit “You’re OK”. And it is not only “on trend” to book these artists but also a special gift to yourself or someone else.

They became the “stars” of the global dance floor, but together with their popularity they face new problems.

The crazy temperament of Jean-Batiste and his refusal to perform all the songs “live” leaded to permanent changes of female soloists in the music band – his cousin took the place of Annette, but after that a young Christine took her place.